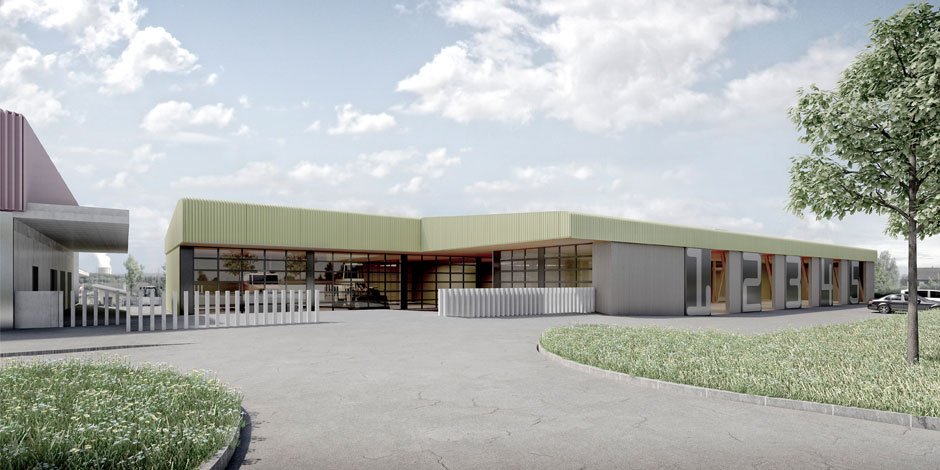 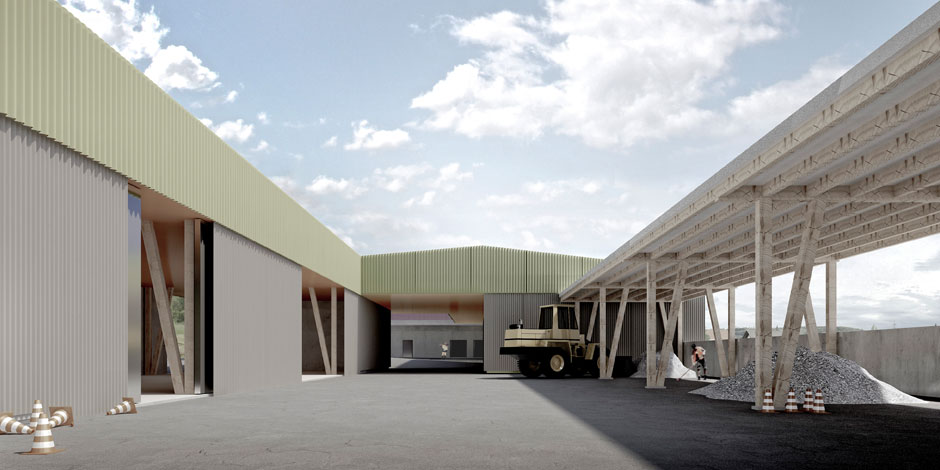 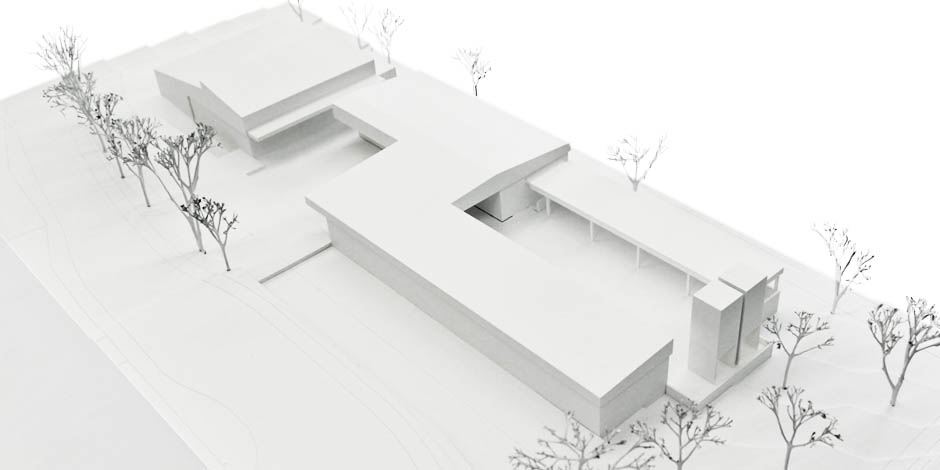 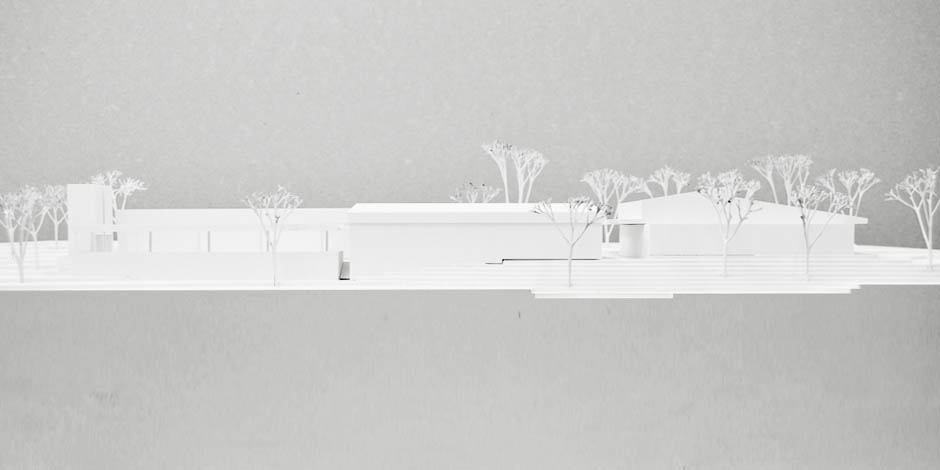 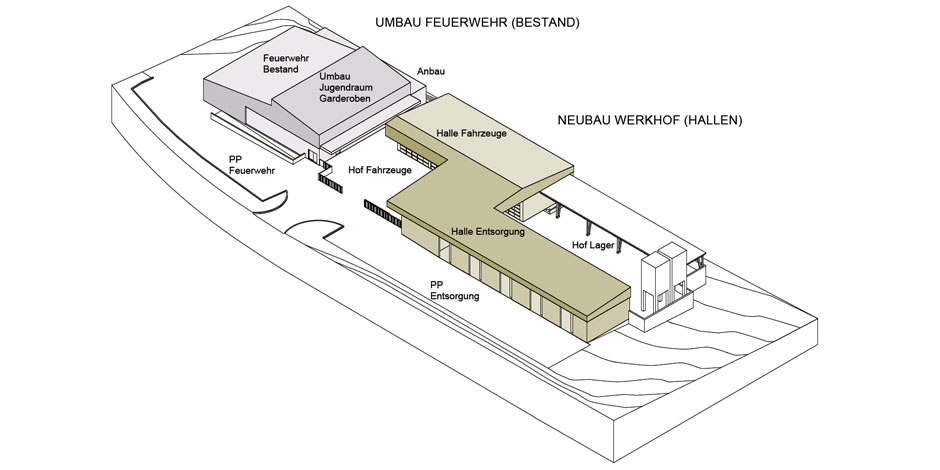 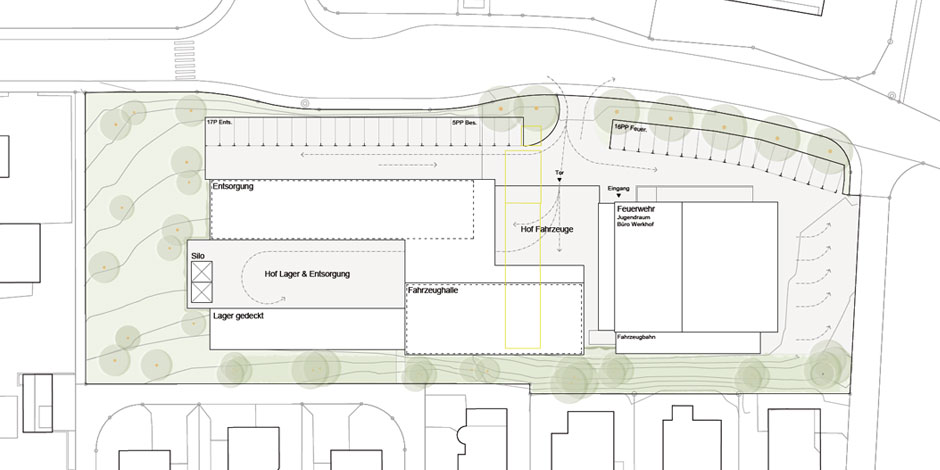 The existing fire building defines as a striking head construction by doubly inclined roof form the eastern entrance to the town after loose peat. In the direction of west the enlargement of the maintenance area finds a logical continuation. Two longitudinal halls combine in the roof area to a well-proportioned volume composition which function and hierarchy of the rooms carries outwardly. To the viewer there reveals itself the arrangement with the different faces which react according to adjustment subtly and true to scale to the opponent. From the east coming, the enlargement appears as a level, longitudinal functional structure, to the residential accommodation in the south the volumes are interrupted several times. These are an amount of clearing decisions at all levels which help this building ensemble to a quiet and for this place adequate appearance. It should well adapt itself in the existing cultivation and react appropriately to the adjoining residential accommodation. The operational demands are fulfilled in an easy and sensible manner.